They (Mary of Magdala, Mary the mother of James, and Salome) had been saying to one another, “Who will roll away the stone for us from the entrance of the tomb?” But when they looked they saw that the stone—which was very big—had been already rolled back. On entering the tomb they saw a young man in a white robe sitting on the right-hand side, and they were struck with amazement. But he said to them, “There is no need to be so amazed. You are looking for Jesus of Nazareth, who was crucified; he is risen, he is not here. See here is the place where they laid him. But you must go and tell his disciples and Peter, ‘He is going ahead of you to Galilee; that is where you will see him, just as he told you.’” And the women came out and ran away from the tomb because they were frightened out of their wits; and they said nothing to anyone, for they were afraid. – Mark 16:3-8 (The New Jerusalem Bible)

I know that in my own life there have been far too many times when I have let worry and fear stand in my way. The work I need to do has taken “second seat” to the all the problems that I conjure up in my mind. Admittedly, some of my worry is the result of past experience. But, like the women, I have often found that the obstacle was simply in my imagining and in reality does not stand in the way.

As we come to Easter this year, I hope that the obstacles in our imaginings will be set aside like the very large stone at the tomb. Then we can experience completely the amazing and abundant love of God that has been expressed in Jesus Christ who is with us today! 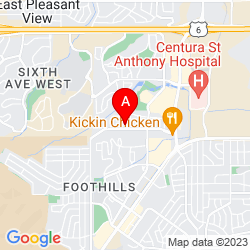 Available upon request at 10:30 service

Goodsearch is a convenient way to financially support GMUMC. Click on the “Sign Up” button in the upper right to register.